Currently, I work on the seventh floor in one of Boston University’s many campus buildings. Never being as physically fit as I’d like “I’m working on it” is typically not far from my thoughts when pondering my fitness. I have, however, since moving to Boston begun to walk a substantial amount more. It’s simply not practical to drive in this city with parking being as ridiculously priced as it is here one tends to take public transportation and when that fails one walks. A great thing about Boston is that it is a walkable city. Since arriving I have had to invest in some really good shoes to cushion my feet from the hard concrete sidewalks. Sadly, some of my cute heels and sandals are gathering a fine layer of dust as I favor comfort over style. I ride the subway and walk the remaining distance to work each day in sneakers. Most larger city dwellers do.

As I said I’ve never really been all that fit, but that doesn’t stop me from trying to get a little “workout” in on my commute to work and even while at work. Instead of the escalators I climb the steps at subway stations. I use the elevator at work only if I need to go up more than three floors: therefore, only in the morning when I arrive and in the afternoon at quitting time and the occasional outside lunch.

You can see then why it would never fail to amaze me when a healthy able-bodied male or female decides to ride the elevator to ascend to the next floor! What?! Why?! I want to ask every time I see someone get in and push the shiny little button for the next floor. Did they miss the big sign that announces the stairwell? Are they afraid to accelerate their heart-rate? Or perhaps they are afraid they will get lost on the trip up the flight of steps and come out in another dimension or country. I know I am beginning to write silly things, but when you do something silly you should be treated in kind.

Quit being a lazy bum! I once watched the Disney/Pixar film Wall-e with a friend who laughed hysterically at the part where the world’s civilization was obese and riding around on hovering recliners. This post isn’t a plug about obesity I promise I am more worried about the decline of our minds in truth.

I am just saying maybe you should try the stairs.

1. a person of distinguished courage or ability, admired for their brave deeds and noble qualities.

2. a person who, in the opinion of others, has heroic qualities or has performed a heroic act and is regarded as a model or ideal:He was a local hero when he saved the drowning child.

Definition courtesy of dictionary.com one of my favorite go-to tools. (This is only the first two listings for this term.) 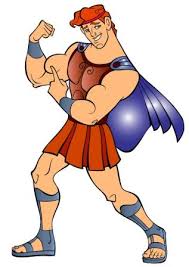 Heroes come in all sizes and shapes and are of any creed. They usually make an appearance in our lives when we least expect them which- rightly so- has a tendency to make their impact all the more noticeable. When was the last time you had your last look at a everyday hero? Was it a parent that kissed away your tears? Or was it a glimpse of your wife after she spent hours in childbirth to bring into this world your first born? Was it the complete stranger who gave you a hug because you were crying in the middle of the school day?

Yesterday, as I was making my daily commute home on Boston’s finest public transit, the Green line (for all the non-Bostonians reading this- I’m being sarcastic, very sarcastic), I spotted a glimpse of one such hero. Of course, technically, everyday I’m sure I come across a bunch of heroes, but yesterday I was privy to witness to an heroic deed. To me as a third party, Craig was a good samaritan. To Megan, he was a hero. (I made up names because I didn’t actually get either person’s name.) Craig saved Megan from being squashed in the subway doors. The subway driver wasn’t patient enough for both Megan and I to get on the train. As I was mostly on and more alert than Megan, Craig grabbed Megan and pulled her into the already packed train. When I say packed think six people crammed into a standard Johnny-on-the-Job and that’s what an entire subway train car was like. Yes, I was in Hell. It didn’t smell much better than a Johnny-on-the-Job either. All those unwashed bodies…. people in need of a breath mint…. I’m cringing just reliving the twice daily experience- better stop. 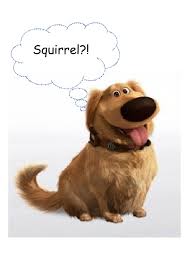 Gently swaying branches, the sound of rustling leaves as the wind playfully passes through the branches of the towering trees that are located on the cliff upon which I stand. Fresh mountain air blowing over the tops of the trees of the forest that lies at my feet. Sun shines through the canopy of clouds and treetops.

Sorry had to calm myself after my “Doug Moment”. If you don’t know what I’m talking about, firstly, SHAME ON YOU!!!! Secondly, finish reading this and go immediately “Do Not Pass Go, Do Not Collect $200s” and rent Up, yes it’s a cartoon, but totally worth it for the scene that my “Doug Moment”stems from. For those curious, I was imagining I was on Hanging Rock at Hanging Rock State Park in Danbury, North Carolina. I hiked it a couple of times (see Facebook pics).

Any-who, Craig rescued Megan from the terrifying jaws of the Green line B train doors and she lives today- with all her limbs attached and intact- to tell the tale. Craig impressed me, not only because he was cute, 🙂 but because he wasn’t in a self-absorbed cloud that most city people live in to help out a person when it was within his power to do so. 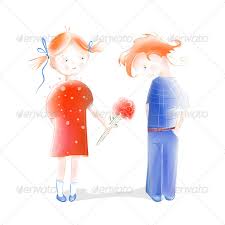 I thank you on behalf of myself or for whomever your unsuspecting damsel might be. It is nice to be reminded that humanity and compassion has not left this earth completely. I thank you for the opportunity afforded to me to witness your heroic deed, thus restoring my waning faith.

I pray help is bestowed upon you in a time of need. And that in turn you experience the same lightening of heart as your damsel felt and I, as a witness, underwent.